This post summarises my visits to the Mouevres Cemetery and is part of a series on the Great War. 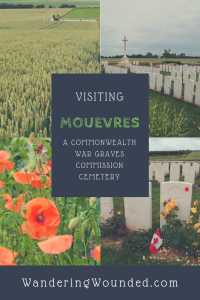 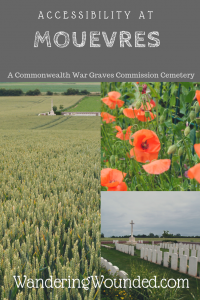 Moeuvres British Cemetery lies just off the D34A a few kilometres Southwest of Cambrai. It is a small cemetery with only around one hundred graves. Most of these are Commonwealth troops, with a few unidentified burials and four German soldiers. This area was in German hands from 1917 until the final Allied push in September 1918. 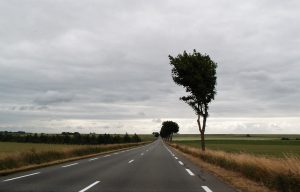 Above is a typical roadside scene from the Moeuvres area. You can imagine how exposed troops would be outside the trenches. Accordingly, it is not hard to see why the armies felt that progress would be swift – and equally easy to see why that gave way to months and years of entrenched stagnation. 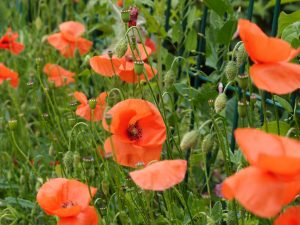 There is easy parking by the roadside. We had no problem pulling off and there was a widened area for cars with space for two or three vehicles. In fact, we were the only people there during our whole visit so there is a good chance of having it all to yourself. We emerged to the sight of poppies dancing in the wind by the path down to the cemetery. 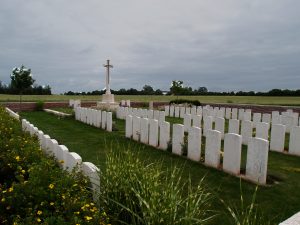 The Moeuvres cemetery was almost silent. It lies only metres from the Canal du Nord so as we looked around we saw the eerie sight of a car transport barge gliding past noiselessly, seemingly uphill from where we were. 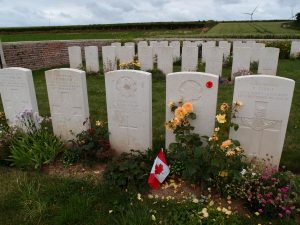 As always, the landscaping was well-maintained, with the characteristic scented roses in full bloom. Personal tributes demonstrated that others had visited. Not for the first time, it prompted me to reflect on the reality of living side by side with these reminders of war and an ongoing culture of memory. Additionally, I wondered what it would be like to live through the occupation of World War II with this type of devastation in living, tangible memory.

I may never have visited Moeuvres had I not come to visit the grave of my great-grandmother’s brother. In that case, I would have missed out – it is one thing to visit the major, important cemeteries that are the focus for national remembrance. However, to come to a small cemetery that is by its nature individual gives a greater insight into the “everyday” cemetery. These are not ones that host major remembrance events weekly or annually but are nevertheless maintained and tended simply out of respect for the fallen and consideration for those who may wish to visit.

My great-grandmother lost two brothers in the war. They joined the same regiment at the same time and spent most of the war in Egypt. They were both in the fourth battalion of the Royal Scots Queen’s Edinburgh Fusiliers. The battalion left Egypt for Palestine and the first brother, David, was killed and buried there in January 1918. The battalion was called to France to replace troops killed in Operation Michael, the German final advance in March and April 1918. Then the second brother, Alexander, died near Moeuvres in September, right at the start of the final hundred days of the war as the Allies pushed the Germans back towards Belgium. Thus a pair of brothers – one of many killed during the war – died in the same year, in the same battalion, on two different continents. 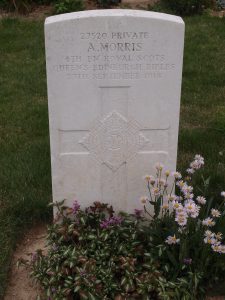 However, having spent years looking into the obscure circumstances of my great-grandfather’s death during Operation Michael, it was somewhat refreshing to actually be able to visit a grave. In his case I would have to make do with visiting the memorial wall at Tyne Cot in Belgium; the location of his body is unknown.

This was where Beth, my partner in crime on this trip, remarked upon one striking feature of the war cemeteries: “They don’t feel haunted...I thought they might.”

We had each expected the scene of such mass killing and devastation to be disquieting. I expected that the cemeteries would prompt me to reflect on the vanity of imperial warfare with little regard for the destruction that would follow. That is my overall impression from all my reading about this period: had the imperial powers known what they were unleashing, would they not have reconsidered? I was unprepared for a feeling of peace around the cemeteries.

Of course, those who established them for pilgrimages in the 1920s would wish the deaths to be presented as noble and worthwhile sacrifices worthy of pride. But even more than that, the care that is taken to recognise the individual lives taken in mechanised, impersonal warfare has a healing effect. The Commonwealth War Graves Commission still works to keep cemeteries like Moeuvres as living monuments, a fact that points far less towards the glory of warfare than the preciousness of peace.

The cemetery lies down a narrow path from the road. It is a narrow, grassy path but wide enough for wheelchairs and scooters. However, this cemetery’s accessibility depends more than most on your particular needs. 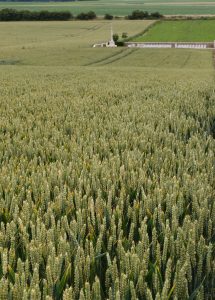 The path is grassy, if well maintained. It is also a steady climb back up. I managed it without too much effort on my arthritic legs, but it would be a challenge for self-wheelers. There is a tiny bump at the entrance to the cemetery but it is mostly level. The gate is too narrow for wider scooters. 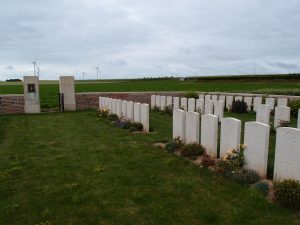 The front half of the cemetery, closest to the entrance, is level, as is the rear half. However, between them, there are two stone steps (pictured below). 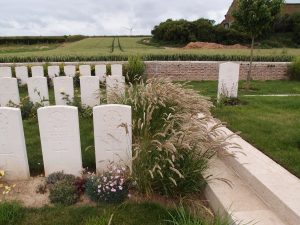 The steps are shallow (around 20cm) and go all the way across the cemetery. Most but not all graves are on the near side, while the memorial cross and some graves, including the German graves, are up the steps. 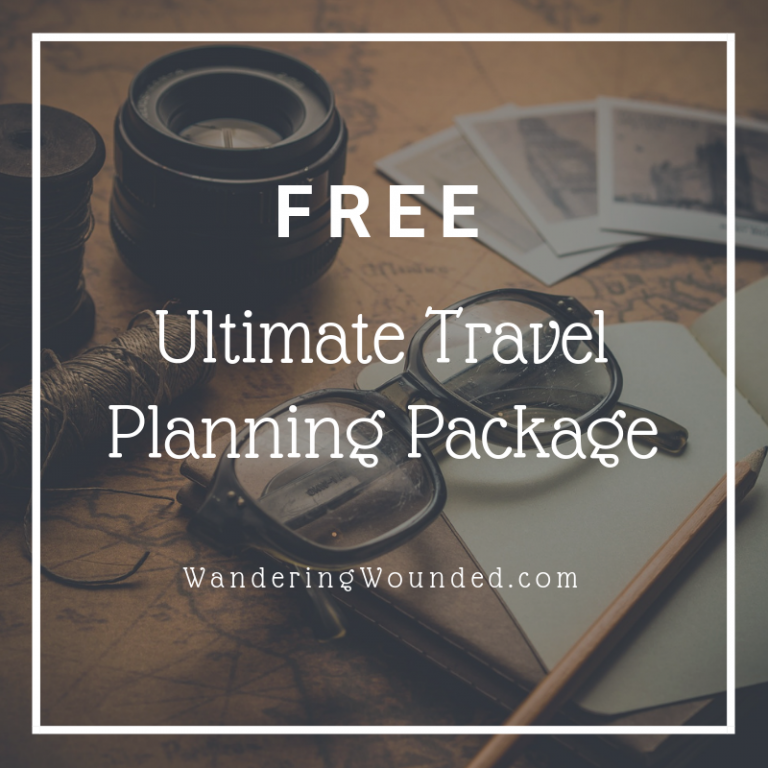 This post summarises my visits to Arras and is part of a series on the Great War. This post may...