This post summarises my visits to the Somme American Cemetery and is part of a series on the Great War. 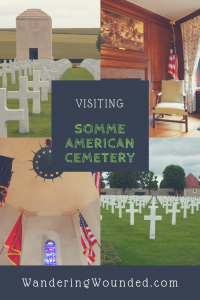 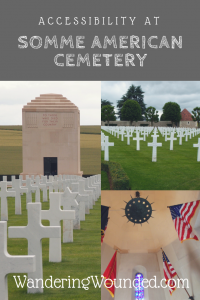 The Somme American Cemetery lies close to Bony, near the Aisne. It is one of the largest collections of American burials in France. It has a memorial chapel and a monumental flagpole along with over 1800 burials, marked by white marble crosses and other religious symbols. 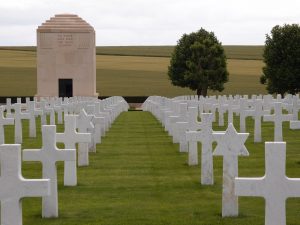 In the chapel the names of the missing line the walls. Rosettes by some of the names indicate those who were later found, identified and buried. 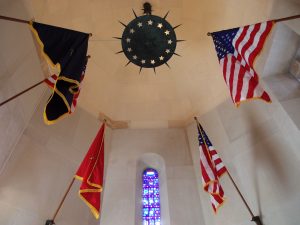 Guides are on site to give information and are very knowledgeable about the site, the cemetery and those buried there. With the explanation of the young man who very politely asked if we were interested in hearing some information, we learned about the founding of the cemetery.

Fierce fighting took place nearby, around the village of Bony. Kicking off the Battle of the St Quentin Canal in October 1918, it was the first major action of the Americans’ War and their first experience of the large-scale killing that so characterised the War on the Somme, and across the Western Front.

Four women are buried in the Somme American Cemetery. Interestingly, they died before the American army arrived at the front. They, along with several men also buried here, were medical volunteers who assisted the allied troops from 1916 onwards. 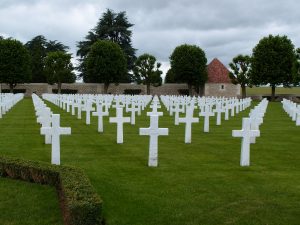 Older guidebooks described the paths around the Somme American Cemetery as gravelly. In fact, as of Spring 2018, they are all paved and smooth. 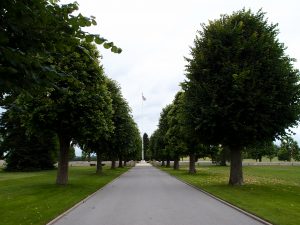 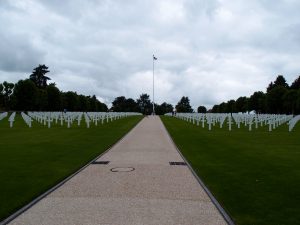 There is grass between the graves. You will need to negotiate that to get up close, but you can see the markers closest to the centre from the path. Gold stars on certain stones indicate those who received military honours for their conduct.

Around the site, you will find a couple of benches. There is seating at the memorial base. 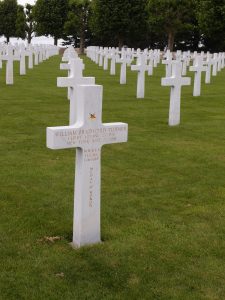 A couple of fairly shallow steps lead up to the chapel building. At the entrance, there is a heavy door – several older visitors struggled with it and with my arthritic fingers it was a challenge! Inside, low light may pose a problem but that may depend on conditions outside, too.

Back at the visitor centre, two steps and a double door provide entry. Accordingly, this means that there is no accessible toilet. However, for those who can access the visitor centre, there is further seating inside. The main room here is where widows and family members were received on their pilgrimages to the cemetery from the 1920s onwards. 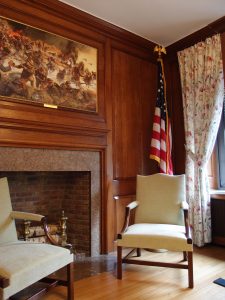 The visitor centre has a good range of leaflets about the site in different languages and guides to other military sites on the Somme.